Adela Mehic-Dzanic is a businesswoman, female tech leader, speaker and a mentor. Originally from Bosnia, 7 years ago she moved to Vienna with her husband and started building her career from scratch. Today, she works at the executive level of the software company MAVOCO AG and serves as Vice President of the Female Leaders Network of the WU Executive Academy as well the Vice President of Business Women of BiH.

Adela’s mission for 2020 was to impact 1000 women and girls in IT and beyond with her career story. This experience allowed her to meet women from all walks of life, who are determined, ambitious, supportive and very often the only woman in the room.

In December 2020 she launched a YouTube Channel – Making it in Austria, where she interviews real people who made a successful career in Austria, starting from scratch.

She strongly believes in the power of networking and building long-lasting relationships for advancing one’s career and she had been very vocal about it through her extensive LinkedIn network.

As Vice President of WU EA Female Leaders Network, she is committed to serving the global community of WU MBA Alumnae and finding the right tools to support them on taking their career to the next level. Under the motto “Together we are stronger!”. 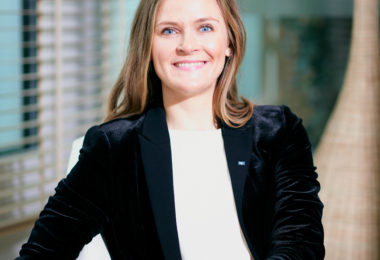 Sessions: Women In IT: We Are No Aliens!